The area surrounding the Oaks Mall, North Florida Regional Medical Center, and the Newberry Road exit on I-75 is typically buzzing with traffic due to its location in the heart of Gainesville. Its proximity to both the highway and the university, as well as the second major hospital complex in the region, makes it a desirable area for students, who live in the dozens of student-geared housing near the mall. Behind North Florida Regional Medial Center, on the opposite side of Newberry Road, are 1970s and 80s-era neighborhoods that boast lovely homes on large lots, often one acre or more. Once upon a time, these were equestrian communities that appealed to not just horse lovers, but also to those who enjoyed the advantages of being near the hospital and UF, as well as near a major thoroughfare, but also wanted the tranquility of the country. Today, some of those homes have been renovated back to their splendor and others are waiting their turn. Not currently as popular as other areas of town due to the traffic nearby and the condition of many of the homes, this part of Gainesville could soon see a resurgence as more people migrate east of I-75 for affordability and a shorter commute. 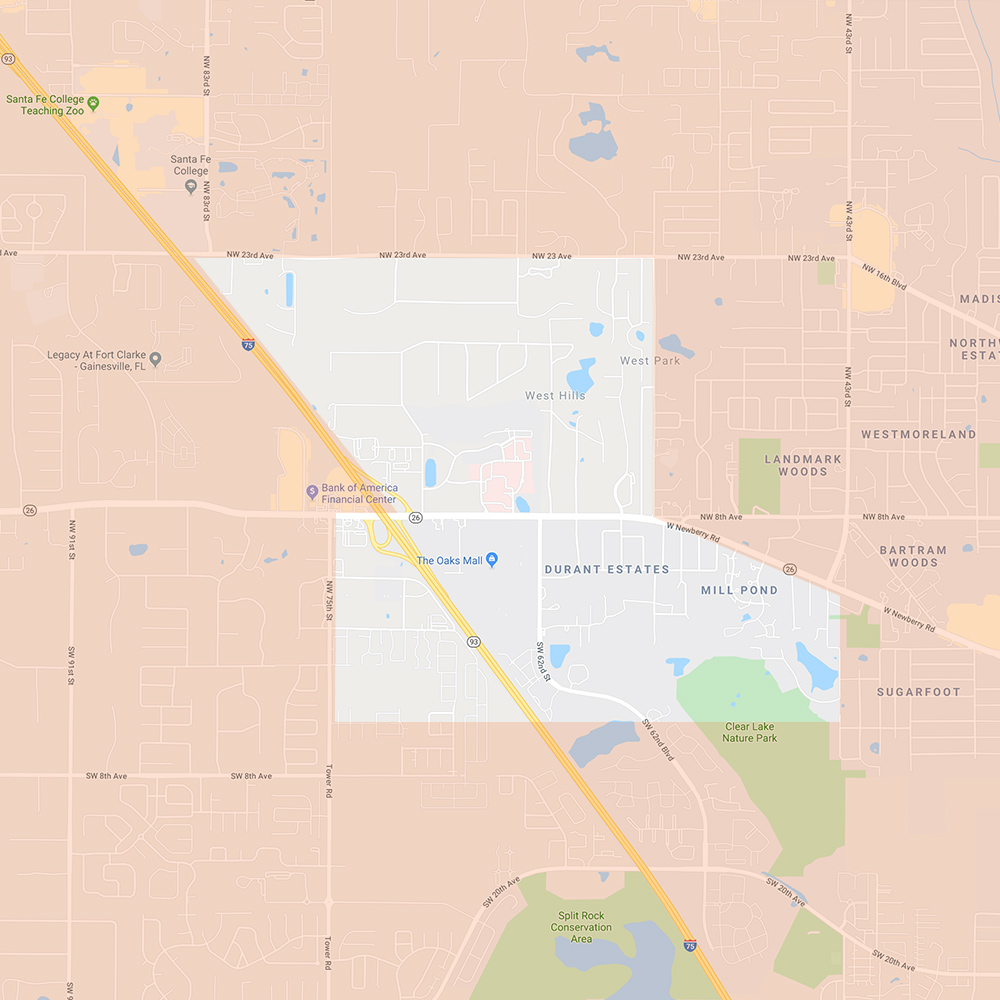