Nature, nature, and more nature! Trails, ancient sinkholes, bike paths, dog parks, and trees are just some of the things you’ll find in the Millhopper area. Known for its natural splendor, Millhopper is one of the most scenic roads in the county. Winding for miles under a canopy of oaks and Spanish moss, and flanked mostly by gated communities, describing the area as picturesque is almost an understatement.

Most homes in the area are not starter homes, but there are a few neighborhoods, particularly those north of Millhopper Road itself, that are ideal for first or second-time buyers. Unlike the über-developed Jonesville/Tioga area, there is little develop-able land left in Millhopper as so much of it belongs to San Felasco State Park.

The conveniences, however, are the same: supermarkets, dining, healthcare facilities, and more are right at your fingertips, and in some cases just a short walk away. 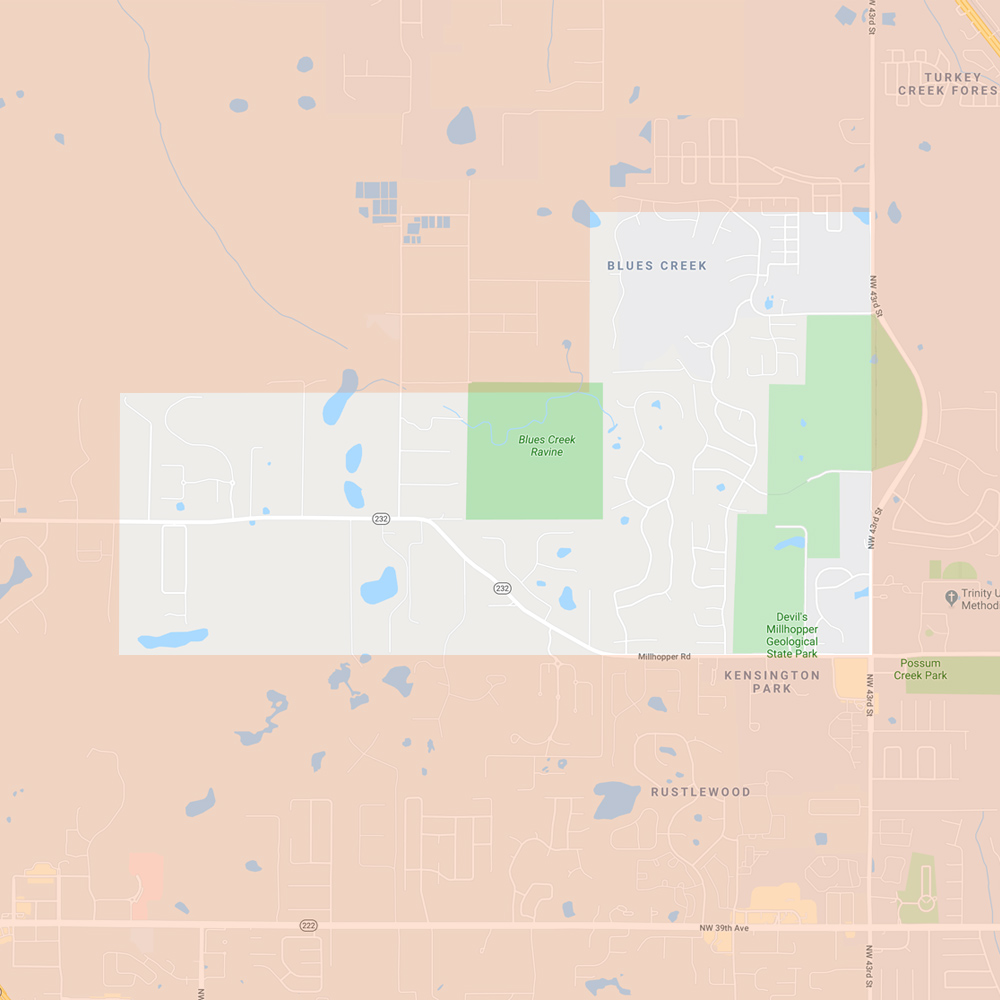